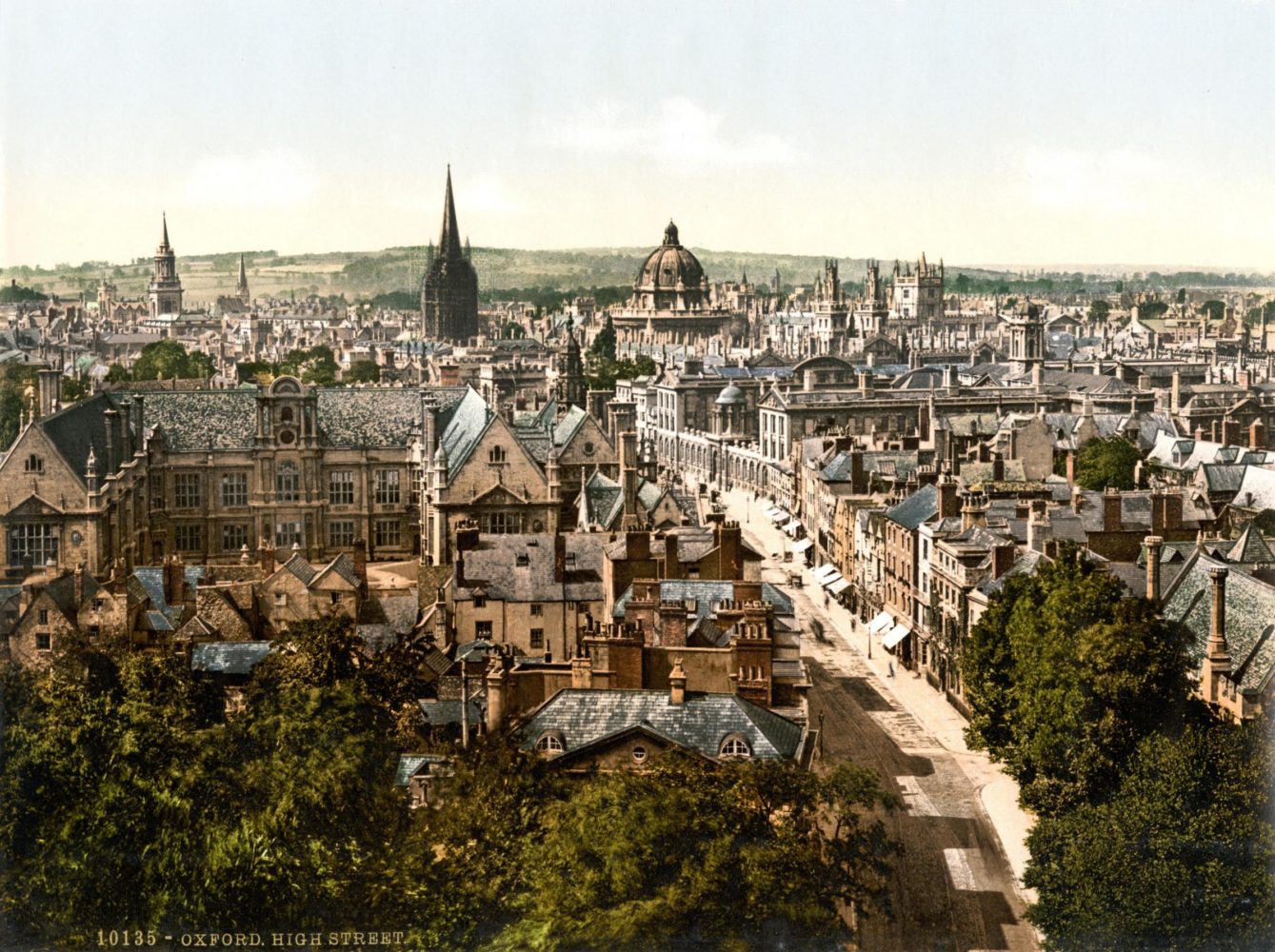 Thomas Edward Lawrence (T.E. to his friends, Ned to his family, and later, Lawrence of Arabia) was a soldier, writer and archaeologist who played an advisory role as a British officer in the Arab Revolt against the Ottoman Empire during the First World War.

Educated at Jesus College and Magdalen College, steeped in the classics and fascinated by archaeology, he earned an outsized reputation for his role fighting the Turkish army alongside Arab forces. He captured that experience in lavish detail in his remarkable chronicle, Seven Pillars of Wisdom, before he died, aged only forty-six, in an accident on his beloved Brough Superior motorcycle in Dorset.

Yet there was more to Lawrence than this. Here, we aim to shed new light on some of the most important elements of his life. As a boy growing up in Oxford, and as a student here, he was obsessed with legends of knights, Crusader castles, and the archaeology of the ancient Middle East. When he was posted to the nascent Arab Bureau in Cairo after the outbreak of war, he found many of his Oxford, and Magdalen connections there: D.G. Hogarth was acting director, Harry Pirie-Gordon, Gertrude Bell, Kinahan Cornwallis, Philip Graves, and many others had come up to Oxford around the same time as Lawrence. Oxford would be a point of gravity for Lawrence for most of his life, a place of inspiration, and later, as his fame rose beyond control, a place of refuge.

On this site, you’ll be able to discover more about this intriguing and divisive figure. These first three tabs on our portal, based on the stellar exhibition held at Magdalen College in 2018,  focus on Lawrence’s entire life. They stretch from his early and formative experiences in Oxford, through his time in the Middle East towards the fame he experienced in the latter stages of his life. Throughout all of them, we focus on the enduring influence that Oxford and Magdalen had on this enigmatic figure. 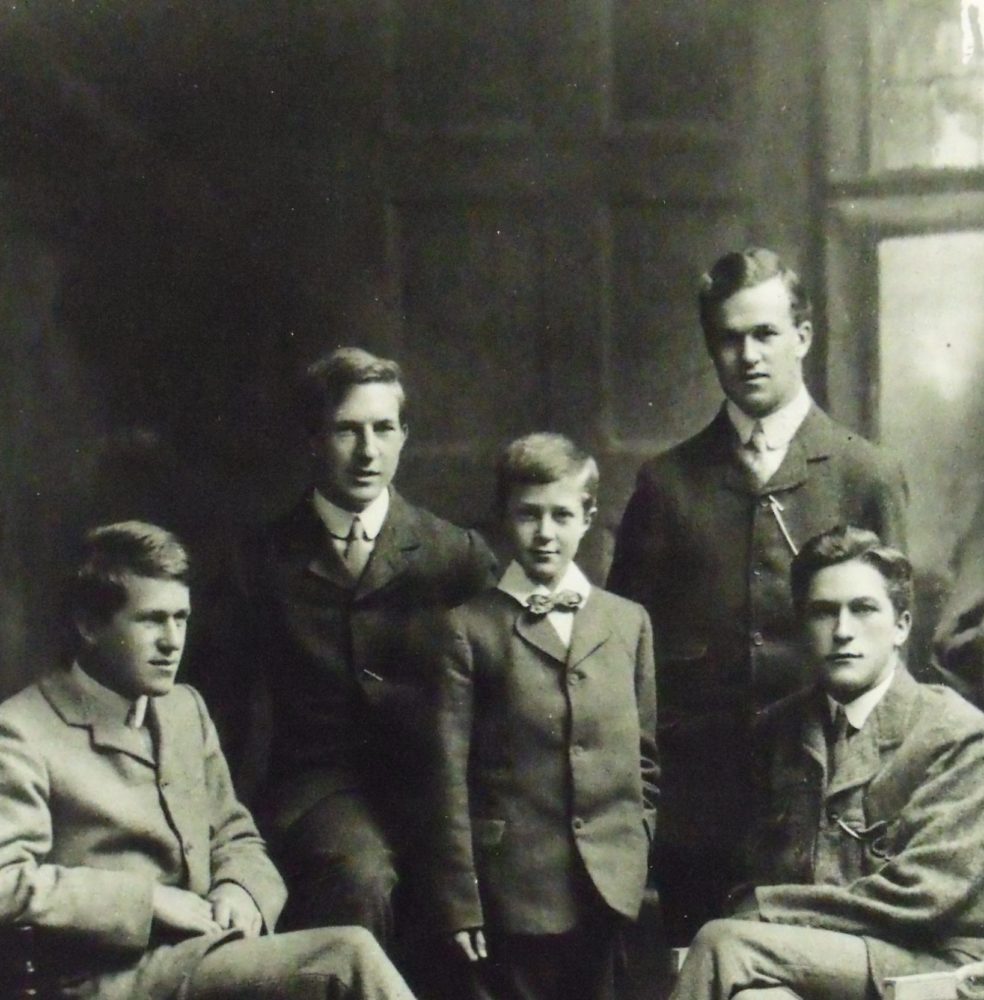 Although born in Caernarfonshire, Lawrence spent his childhood in Oxford. He grew up in a large, nine-bedroom house just north of the city centre, close to St Hugh’s College. This house, and the wider city, were fundamental parts of his life. Here, Lawrence was a schoolboy, student, and later a national celebrity following the First World War.

The young, intelligent Lawrence could not have chosen a better place to grow up. Living in Oxford meant he could spend his formative years surrounded by books. He read voraciously as a child – his mother, Sarah Lawrence, recalled that “his memory was remarkable, any book he picked up he seemed to read at a glance, but he knew it all”. He regularly won prize books at his school – the City of Oxford High School for Boys. Particular favourites included histories of Egypt and the Levant, but also authors of antiquity such as Aristophanes. Below, you can see a picture of Lawrence from his school days. He is pictured third from the right in the back row in the early Summer of 1906.

One of Lawrence’s greatest childhood literary influences was Thomas Malory’s Morte d’Arthur. After reading this book repeatedly, he gained a life-long fascination into knightly legend and the crusaders. This interest was encouraged by his father and youngest brother, Arnold. Both shared his enthusiasm for antiquities and supported his interest throughout his childhood.

Lawrence’s interest in antiquities, though, was far from limited to reading. He spent his childhood summers expanding his knowledge by cycling to Crusader’s chapels in the Home Counties, and later to medieval castles in Brittany in 1906. Oxford also gave him his first taste of archaeology, as he assisted in various digs around the city in the first decade of the 20th century. “The past became a passion for him from the age of twelve,” wrote E.M. Forster in an unpublished introduction to a collection of Lawrence letters, “but had the past been confined to museums he would never have pursued her”.

Lawrence’s childhood in Oxford gives us an insight into his later life. In these formative years, his intelligent mind became fascinated by the Middle East and antiquities, and archaeology. This fascination would only grow when he went to University in 1907. 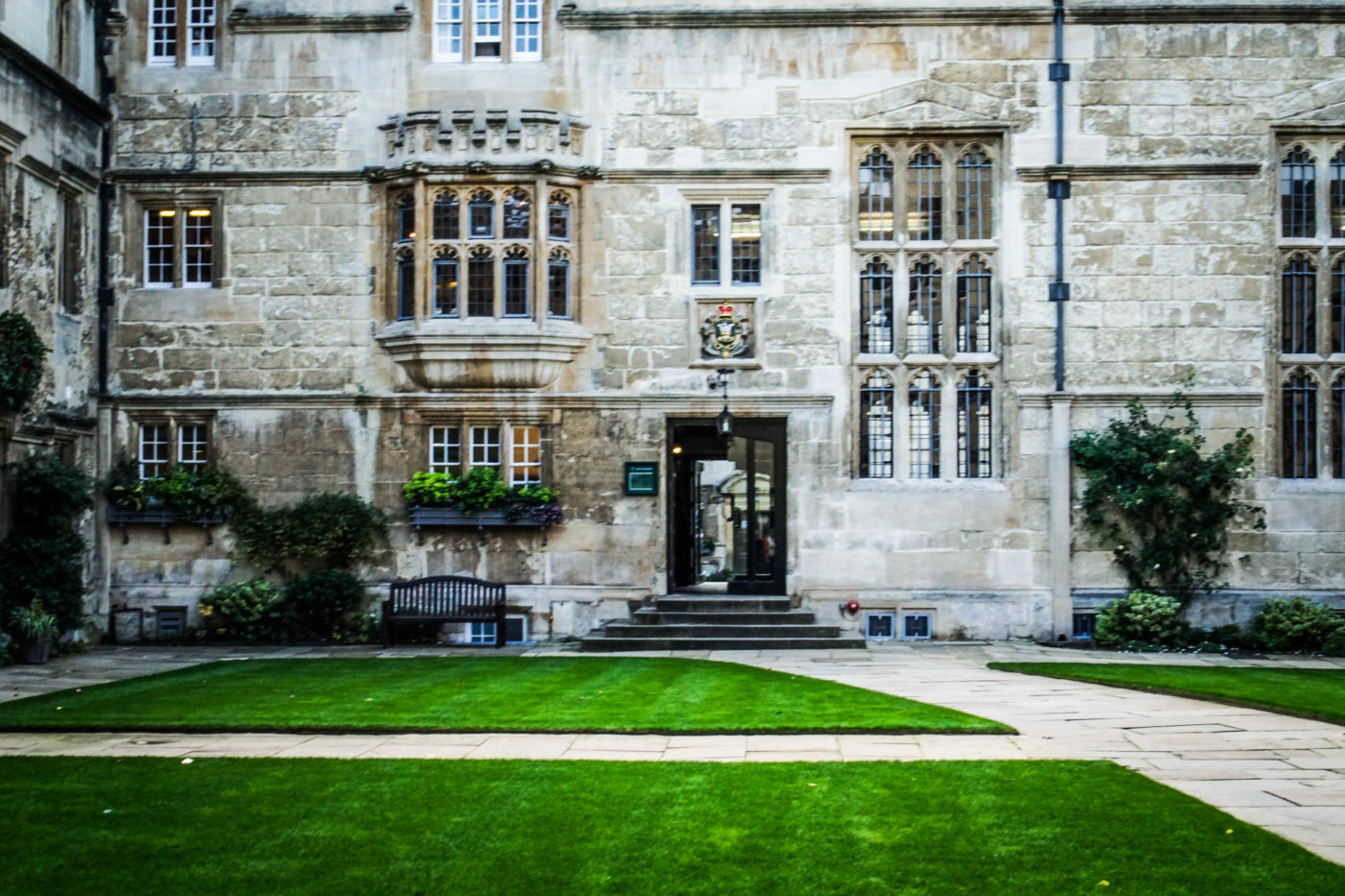 In 1906, Lawrence sat the Senior Oxford Local Examinations, in which he obtained a first overall. As a result of his academic achievements, he received a Meyricke Scholarship at Jesus College, Oxford. He matriculated in 1907.

At Jesus, Lawrence’s interests in art, literature, and archaeology only grew. Whilst in college, he read wider medieval literature and history. Vyvyan Richards, a friend of Lawrence’s from his Jesus College days, spent many evenings discussing literature and art with Lawrence. To Richards, Lawrence was clearly well read, and he was impressed by his ability to record detail. He noted that his favourite authors “Morris, Doughty, Aristophanes [and] Malory…went with him…to death”.

Lawrence’s undergraduate journey at Jesus culminated in the thesis that he wrote in his final year. After a discussion with Charles Bell, Assistant Keeper of the Ashmolean, Lawrence settled on the topic of “The influence of the Crusades on western military architecture – to the end of the XIIth Century”. Against all warnings, Lawrence set out for Syria in the early Summer of 1909 with the plan to undertake a 1,100 mile walking tour of Palestine and Syria to see the most well-preserved Crusader fortifications.

To aid him on his journey, Lawrence carried an annotated map of Northern Syria (pictured above). It had been loaned to him by Harry Pirie-Gordon, who had studied modern history at Magdalen and had travelled through Syria on horseback a year earlier. Lawrence, dressed in a newly-tailored lightweight suit and carrying a Mauser pistol, left Beirut in the July heat to walk south to Lake Tiberias, across to Nazareth and Haifa, on the Mediterranean coast, and then north again through what is today Lebanon and Syria visiting dozens of crusader castles on the way. Lawrence later returned the map, the cover stained with blood, apparently the result of an incident on the road to Aleppo where he was attacked and robbed of his suit, his boots, and his camera. Despite this unfortunate incident, Lawrence safely returned to Oxford to write his thesis. In it, he included plans of the castles he had visited as part of his journey. A plan of one of these fortifications can be seen in an image from his completed thesis (on the right, click to enlarge). By the submission of his thesis, and the end of his studies at Jesus, Lawrence could think of little else aside from getting back to the Middle East. 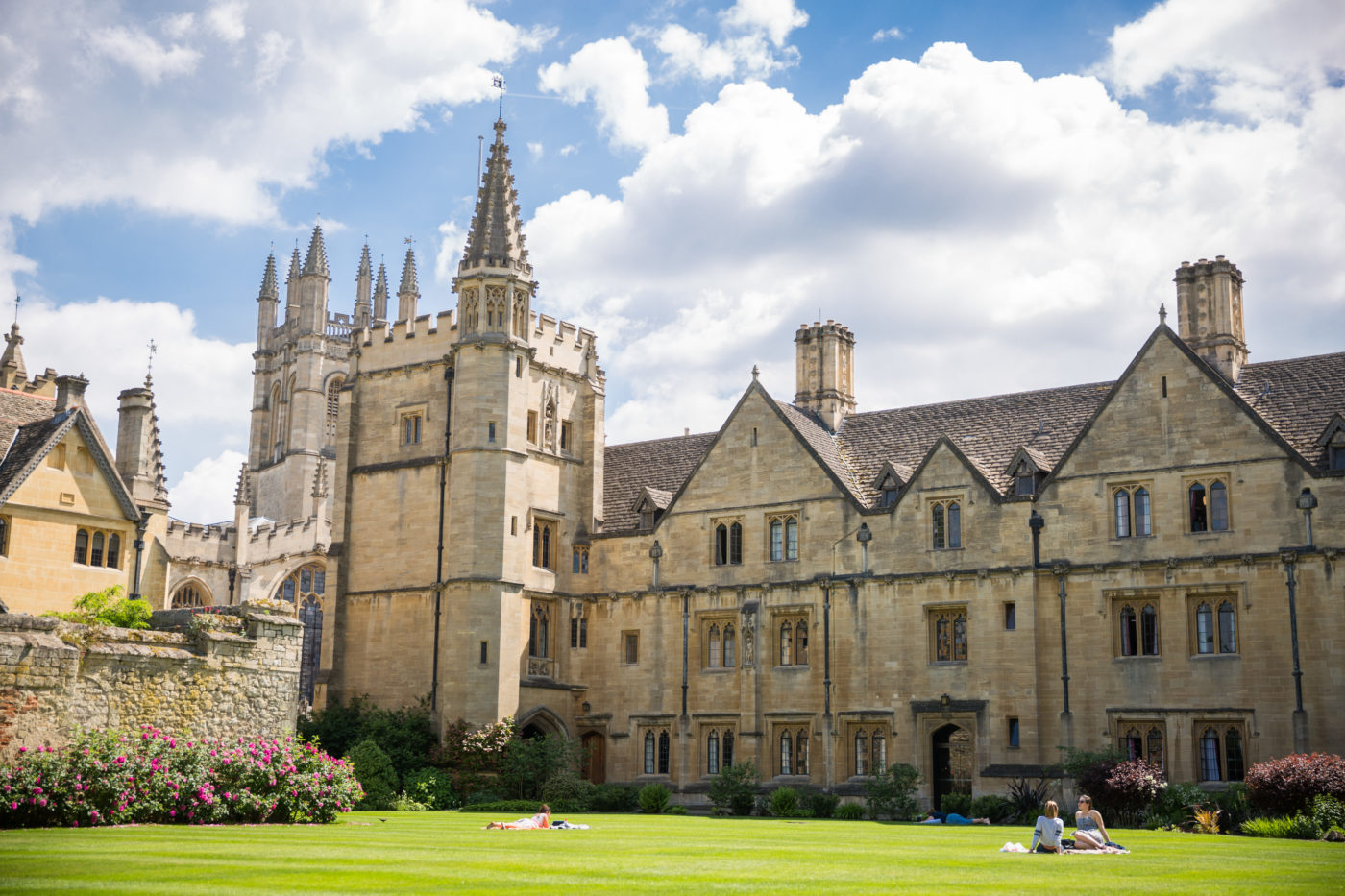 After he had completed his undergraduate degree, Jesus College had offered Lawrence a small scholarship to work on medieval pottery in France, but a more tempting offer soon arrived.

At this time, D.G. Hogarth, fellow of Magdalen and also highlighted on this portal, was assembling his archaeological crew for the newly opened British Museum dig at Carchemish. As Lawrence had already met Hogarth at the Ashmolean in 1909, he asked him if he could join the dig as soon as he heard about it. Unfortunately, the team had already been formed, yet Hogarth was keen to have this impressive young man on the dig as his protégé. Hogarth therefore arranged for Lawrence to apply for a Senior Demyship (postgraduate scholarship) at Magdalen  in the autumn of 1910. Below, you can see Lawrence’s original application form and letter for his Senior Demyship. Click on the dots to discover more: 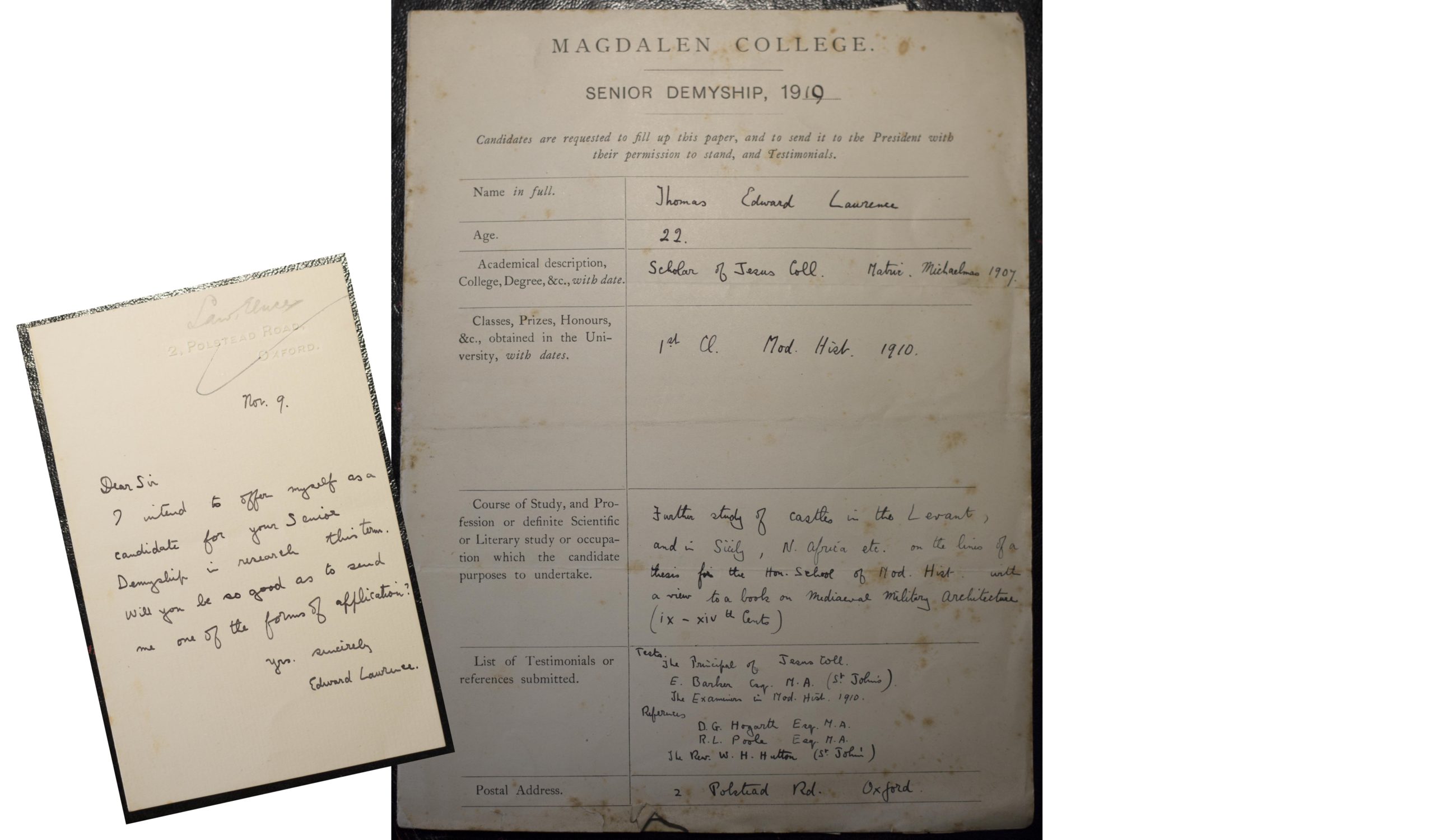 Lawrence wrote this letter to Magdalen to ask for an application form. Here, you can see an early signature.

Lawrence lists D.G. Hogarth as his first reference for the Demyship, reflecting his importance.

Lawrence had originally wanted to build on his undergraduate thesis. Had it not been for the breakout of the First World War in 1914, in all likelihood he would have become a very accomplished, well-published, and eccentric archaeologist.

A senior demyship is a form of postgraduate scholarship at Magdalen College, Oxford.

So began Lawrence’s association with Magdalen. Thanks to his demyship, he received a scholarship of £100 per annum from 1910 until the Summer of 1914. This money would give him the financial support he needed to join Hogarth’s dig independently. Lawrence did not waste any time – he set sail on 10 November 1910, arriving in the Middle East on 21st December.

Indeed, Lawrence only returned to Oxford three times during his four years as a Magdalen Senior Demy. On two occasions he dined in at College and recorded his weight in the Senior Common Room Weight Book, an odd, but long-standing tradition in the Magdalen College SCR that members and their guests weigh themselves and record the results in these books (pictured below).

In December of 1912, Lawrence joined his mentor, Hogarth, as well as his old accomplice from the Ashmolean, E.T. Leeds, and Hogarth’s 11 year-old son for the last dinner in College before the Christmas holidays. He is again recorded in August 1914, while he was resident in Oxford completing the ‘Wilderness of Zin’ manuscript with C. Leonard Woolley. His small, slight stature is evident on both weigh-ins, never reaching above 9st 8lbs (132lbs).

Despite these infrequent visits to College, Magdalen influenced Lawrence from afar. As we will see on the next page, Lawrence’s first extended stay in the Middle East was highly influenced by College and the connections it gave him.

Lawrence and the Middle East